American Roulette and European Roulette may appear the same at a glance, but a closer look reveals key differences between the two games.

The American Roulette wheel has an extra 00

You probably know that the zero and double zero in American Roulette are generally bad news for the player. The exception? When you’ve placed a bet on the white ball landing there or taken out a Five Number Bet.

In European Roulette, the numbers on the wheel are in a different order, and there’s no 00 segment, only a single green zero. It’s a small distinction, but once you understand the nuances, it makes all the difference to your win rate in the long term.

With 37 gaps for the ball to land in, as opposed to 38 in American Roulette, the odds of the ball landing on a number is one in 37 times, rather than one in 38. Instantly, your odds are better with European Roulette. In terms of payouts with a winning bet, the European version has 97.3% RTP rate, and the American variant is 94.74%. Regardless of the bets made on the two versions of the game, the rates remain the same. With all bets on single odds, dozens, a full number, or group of numbers, the European Roulette will always pay out better than the American wheel.

Here’s another difference between the American Roulette table and European Roulette. In the American version, you can make what’s called a “Five Number Bet” – a wager which covers the numbers 1, 2, and 3, plus the zero and double zeros. On the surface, this bet comes with a payout of 6:1, but, look deeper, and you’ll realize it’s the least profitable play in American Roulette. It comes with a whopping house edge of 7.9%. A margin like this is equal to trying your luck on a progressive slot machine; the risk just isn’t worth it.

Which version of the game is best? It’s all down to what you want from your Roulette session, but, European Roulette is the way to go. However, while it might be harder to win American Roulette – the game can still be fun. It’s even more fun when there are extra betting options. Many players routinely take advantage of their being two green segments by betting on both.

Like we said before, there are differences in the house edge. In American Roulette it works out as 5.26%, and in European Roulette it’s 2.7%.

Why not try it for yourself?

You can play both versions of Roulette at UK Casino Club. Check the details of each game you play as some tables’ rules may vary. Specifically, make sure you know whether you’re playing European Roulette or American Roulette.

Before you get started on your first bets, make sure you’re familiar with the rules of the game. You can do this by consulting a variety of Online Roulette Guides that teach you how to play these casino wheels. In addition, some guides give you tips to help reduce the casino’s advantage. The last tip for really knowing how Roulettes work is by practicing online at virtual casinos. Indeed, any reliable casino site will offer its customers free demo Roulette wheels.

Sisters of Oz WowPot Slot Machine – Bets of £300 per Spin

Tips for Trying to Hit the WowPot Jackpot 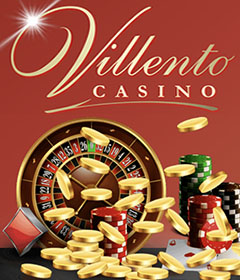